The Waves of Change forum ‘Peace Gangs and Conflict Resolution’ at the Croydon Festival of Peace last June focussed on peace education:

Celebrate Life Events are planning a series of Creative Peace Workshops at the Black Cultural Archives in Brixton, London. The sessions combine themed video clips on the topics of peace, choice, personal wellbeing and self discovery, with time for reflection, activities and creative expression.

END_OF_DOCUMENT_TOKEN_TO_BE_REPLACED 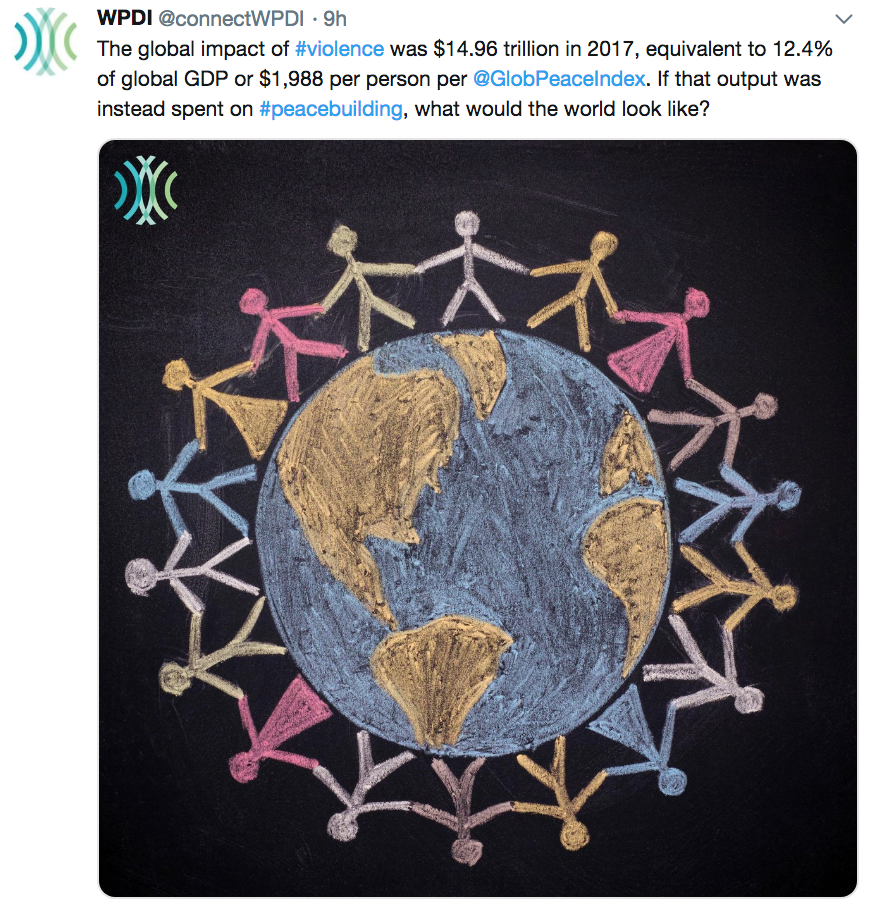 We did the following thought experiment: we replaced the word growth  or economic growth with peace in excerpts from statutes and statements from some main global organisations. Take a look. Is it in improvement? Maybe you agree with us that Peace is the thing we need to focus on! END_OF_DOCUMENT_TOKEN_TO_BE_REPLACED

If business as a discipline is to develop away from extractive practices we need to develop a mathematical language to help economists and policy makers model alternative approaches. Modelling – using both standard business calculations and simulation tools like those developed by Steve Keen – can help decision making at the level of the individual firm and policy level. We propose that adaptations of the Cobb-Douglas Equation can be used to help those doing macro-economic modelling of the sustainable economy. We hope this article contributes to knowledge.

END_OF_DOCUMENT_TOKEN_TO_BE_REPLACED

Peace Invest Newsletter is now combining the insights of Signals of Change with Environmental Fiscal Reform and other news on Peace.

We felt that the main reason for Environmental Fiscal Reform was to bring about peace, and that the weak signals we were following were all pointing in one direction: we need peace.

Subscribe to our newsletter via the form on this page.

We  get into conflict. It is natural. When we create conflict or end up in conflict, it is because we, humanity, have the capability for conflict. On the other hand, we also have the capability to resolve the conflict. Conflict is the end result of a process. It must be possible to reverse that process  – and go from conflict back to peace. For everything begins with peace. It’s from peace we come and it’s towards peace we want to go. It is in our nature. Our natural state is peace. END_OF_DOCUMENT_TOKEN_TO_BE_REPLACED

Scilla Elworthy has written a book for all those who want to step out of helplessness and apply their own personal skills to do something about the challenges now facing us. Scilla Elworthy has written the first ever business plan for peace, based on 40 years of pioneering initiatives in the transformation of conflict. Detailing 25 viable methods on international, national and local levels, the book demonstrates that war can be prevented worldwide over a period of 10 years for less than 2 billion dollars. The final chapters present the kind of actions that anyone can take: 10 that can be undertaken locally, 14 nationally and 7 actions to take internationally.

The BBC writes that a report from the British Geological Survey says nitrogen stored in the ground beneath us could have severe global-scale consequences for rivers, water supplies, human health and the economy.

The nitrate will be released from the rocks into rivers via springs causing toxic algal blooms and fish deaths.

The report underlines the stark message of the 2015 publication of the Stockholm Environmental Institute, that almost half of the processes that are crucial to maintaining the stability of the planet have become dangerously compromised by human activity. One of these processes is the nitrogen cycle.

Researchers are calling for better policies on management of nitrogen.